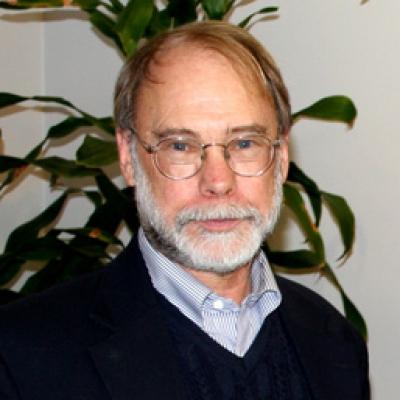 During his graduate and postdoctoral work with Harden McConnell at Stanford University, Wayne Hubbell used spin label technology to first describe the fluidity and fluidity gradient in biological membranes, landmark discoveries of broad impact in cell and membrane biology.

In 1970, he joined the faculty of the Department of Chemistry at UC Berkeley where his laboratory designed new surfactants, pioneered the molecular characterization of reconstituted membrane proteins, and developed a series of unique spin label probes to study membrane electrostatics.

In 1983, Prof. Hubbell moved his laboratory to UCLA where he became the first Jules Stein Professor of Ophthalmology and Professor of Chemistry and Biochemistry. Soon after arriving, he combined unrelated technical advancements in molecular biology and EPR spectroscopy and pioneered the powerful new technology of site-directed spin labeling (SDSL) for the determination of structure and conformational dynamics in both soluble and membrane proteins.

For his development and application of SDSL, Prof. Hubbell has received numerous honors and awards including the Gold Medal of the International EPR/ESR Society, the International Zavoisky Award from the Physical Technical Institute of the Russian Academy of Sciences, the Bruker Prize from the Royal Society of Chemistry-ESR Group, and the Elisabeth Roberts Cole from the Biophysical Society (US). He is a member of the National Academy of Sciences, American Academy of Arts and Sciences, elected to the first class of fellows of the Biophysical Society and recipient of an honorary doctorate from the University of Pécs, Hungary.

Dr. Hubbell's research is focused on understanding the inter-relationship of protein structure, dynamics and function. Of particular interest are proteins involved in visual signal transduction (rhodopsin, the G-protein transducin and arrestin) and soluble ligand-binding proteins. To explore functional protein dynamics in such complex systems, his laboratory has pioneered the technique of "Site-Directed Spin Labeling" (SDSL) in which a paramagnetic nitroxide side chain (R1) is introduced into the protein as a molecular sensor. The technique exploits the sensitivity of Electron Paramagnetic Resonance (EPR) to motions of R1 in the biologically important nanosecond and microsecond time domains that correspond to backbone fluctuations and conformational switching, respectively. Research in the group involves a parallel development of new EPR and SDSL technology and applications to the systems mentioned above.

Left: The biochemistry of signal transduction in rod photoreceptor cells.  Center: The crystal structure of the R1 nitroxide side chain in T4 Lysozyme  Right: The structure of rhodopsin,showing the direction of movement of a transmembrane helix during photoactivation.

Several programs for the analysis of EPR data have been developed in the lab. They are all written in LabVIEW by Christian Altenbach and can be downloaded from his site.